Lessons from a Microcredit Lender #1

Lessons Learned Along the Way

So, you’ve decided that you want to get more directly involved in helping poor people in the developing world to move from poverty to better lives for themselves, their families and their communities. If you are in business or in my case a chartered accountant, you’re likely fascinated with the planning, process, numbers, & scalability. If so, it won’t take you long to figure out that microcredit – making small loans to poor micro-entrepreneurs to help them grow their businesses or to “make more money” as my mentor Bob Graham often says, is a great place to start. That’s how it began for me ten years ago. 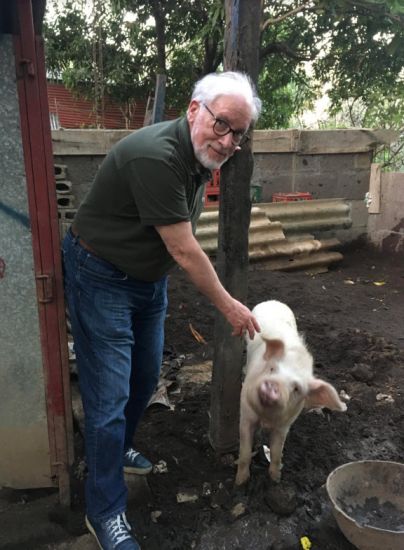 Let’s start with the macro picture

The world of economic development. Believe me, this is a very different world than what we experience here in North America. There are some big risks. The unexpected can and does happen, leaving you faced with a situation that you’ve probably never encountered or even thought about before. In the ten years we’ve been in Central America, we’ve had several such occurrences. The first was the “No Payment Movement” in 2009-2010 where the Nicaraguan government encouraged clients of micro-credit institutions (MFIs) to not repay their loans. This, together with the international financial meltdown, resulted in over 100,000 of 325,000 MFI clients losing access to credit, and a countrywide microfinance portfolio drop from $420 million to $170 million.

We fortunately dodged this bullet as we were in the early stages of negotiations with an MFI when the crisis reared its ugly head. We ended up in Guatemala thanks to a reference from Steve Rickard to KIVA, followed by a reference from KIVA to Bob Graham at Namaste Direct where we funded the micro-loans part of their business development program for 7 years. By 2017, the micro-credit scene in Nicaragua had fully recovered, the country was relatively stable and Namaste Direct was no longer in need of additional funding for micro-loans Following several months of due diligence, we decided to move to Nicaragua and partnered with ADIM, the MFI that we had almost partnered with in 2010! Just over a year later, in April of 2018, a socio-political crisis exploded across Nicaragua. Many people were killed or injured and business ground to a halt for a 3-4 months as the main roads and highways were barricaded. The restriction of movement within key cities, also barricaded, caused severe disruption of the economy, including the microfinance industry. The travel industry was decimated. Once the worst of the crisis ended several months later, the process of recovery began with businesses getting back to business. Fortunately, our in-country partner has recovered from the crisis and its aftermath. It is currently in the process of combining its assets with another MFI to create a larger, more diverse and financially stronger MFI going forward.

Lesson No.1 – Preparing for the Unknown

Is the unknown and unpredictable something that you can prepare for? What is the best way of preparing for a crisis that hasn’t happened yet, especially one that arises overnight with negative potential for your in-country partner and therefore for you? Based on what we have experienced, it is important that from the get-go, you begin to build a network of contacts both here and in your country of operations who you can call upon for current accurate information and advice should a crisis arise. The areas covered would include the political climate, the possible impacts on the economy in general and in our case the microfinance industry itself. You may therefore wish to include in your search for an in-country knowledge network one or more of the following: NGOs in the same field, e.g., microfinance, academics, politicians or former politicians (local and national), officials at the Canadian consulate, government officials in relevant departments, regulators or advisers, economists, reporters, accountants, lawyers, members of relevant associations, and Canadians operating businesses in your selected country. Over time, you will come to know and trust the members of your network such that if a crisis does arises (I hope it does not but hope is not a plan), you will be able to quickly obtain solid, reliable information with respect to the situation and on-the ground assistance and advice as to how best to deal with it.

Rotary comes to mind here as many countries in the developing world have a local Rotarian presence. Fig Tree Foundation, a Calgary-based network of over fifty NGO members is another group where you can obtain current country information by meeting with or speaking to members who are active in the same country or area as you are. It also helps if you or someone on your Board has business connections in your selected country. Over time you can build a network of people both here and abroad with expertise in areas that can positively impact your business operations. In addition, these individuals can be instrumental to problem solving if (or when) the unexpected happens. Finally, you need to continuously work on your relationships with your in-country partner, its executives and senior staff as well as its advisers. This will help you select people who you like, respect and trust (Warren Buffett’s test for who to do business with). This will not only help you grow the MFI you are funding; it will also make the overall experience a lot more pleasurable.

Bob Brown is Founder and CEO of Open to Grow (O2G) which funds micro-finance institutions (MFIs) that focuses on women with micro and small sized enterprises. We provide loan capital to these MFIs who use our funds to make small loans to their clients in the poorest segment of micro-finance. The clients use these small loans to grow their businesses or, as my mentor Bob Graham often says, to “make more money”. Over time, increased business income provides better health, education (e.g., payment of school fees) and housing for clients and their family members as well as contributing to their local economy. During the past nine years, we have made over $2.2 million in small loans to 5,400 women micro-entrepreneurs in Guatemala and Nicaragua, positively impacting the lives of 27,000 people if we include family members. Bob Brown, Founder & CEO Open to Grow 16 Windsor Crescent SW Calgary, Alberta Canada T2V 1V3 C. 403 804 1120 E. bob@opentogrow.org W. www.opentogrow.org

As long as poverty, injustice & inequality persist, none of us can truly rest. It doesn’t take much to change a life, Get in touch today and start making a difference.